By WebMasterApril 19, 2013Press Releases
No Comments 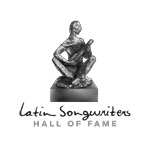 MICHAEL BOLTON, ANDY GARCÍA, AND JOAQUÍN CORTÉS ARE JUST SOME OF THE STARS JOINING THE FIRST LATIN SONGWRITERS HALL OF FAME INDUCTION GALA CEREMONY ON APRIL 23 2013!

ALSO TAKING PART IN THIS HISTORIC CELEBRATION TO BE HELD AT THE NEW WORLD CENTER IN MIAMI BEACH ARE ALEJANDRA GUZMÁN, YUL VÁZQUEZ AND CARLOS GÓMEZ


Miami, FL (April 16, 2013) – The list keeps growing! Some of the biggest names in entertainment will be attending the first induction ceremony of the Latin Songwriters Hall of Fame (LSHOF), to be held at the New World Center in Miami Beach on April 23.

García, a Grammy Award-winning and Oscar-nominated Cuban American actor, director, producer and musician, will be recognized for his contributions to Latin culture and music with the Premio Leyenda en Vida (Living Legend Award) at this annual event created by the Miami-based, non-profit Latin Songwriters Hall of Fame organization (www.latinsonghall.org).

Fiery Puerto Rican showwoman and Grammy award winning singer Olga Tañón, a powerhouse in the field of tropical music, will be honored with the La Voz de la Musa (The Voice of the Muse) award; and her fellow countryman, singer/songwriter/producer/artist Draco Rosa, who recently conquered cancer, will receive the Premio Conquistador (Conquistador Award).

Composer Consuelo Velázquez too will be honored with a live performance of her classic Bésame Mucho by internationally acclaimed singer Buika. And the songs sung in Spanish by Nat King Cole will be remembered with Natalie Cole in attendance. Olga Guillot, Ralph S. Peer, and Prince Royce will also be celebrated for their contributions to the music industry.