By WebMasterAugust 28, 2016Articles, In Memoriam
No Comments 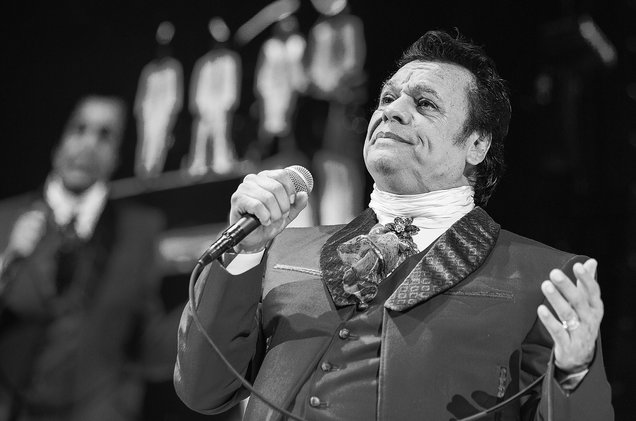 The Latin Songwriters Hall of Fame mourns the passing our one of Mexico’s Greatest Performers and Songwriters. May you Descansa En Paz Sr. Juan Gabriel.

Juan Gabriel was in the midst of the U.S. leg of his  MeXXico Es Todos tour,  a 22-city arena trek that had him playing in 360 stages to accommodate sold out crowds. On Sunday morning, sources close to him said, he was in Los Angeles, where had played The Forum Friday night.  As he readied to go to the airport to fly to El Paso, the next stop in his tour, he suffered a massive heart.

Juan Gabriel ranked at No. 18 on Billboard’s 2015 Money Makers list (just below Ed Sheeran and just above Florida Georgia Line), largely thanks to $11.6 million in touring revenue in 2015. He scored the year’s highest-grossing Latin tour and had the top-selling Latin album, Los Duo, which has moved 131,000 units, according to Nielsen Music.