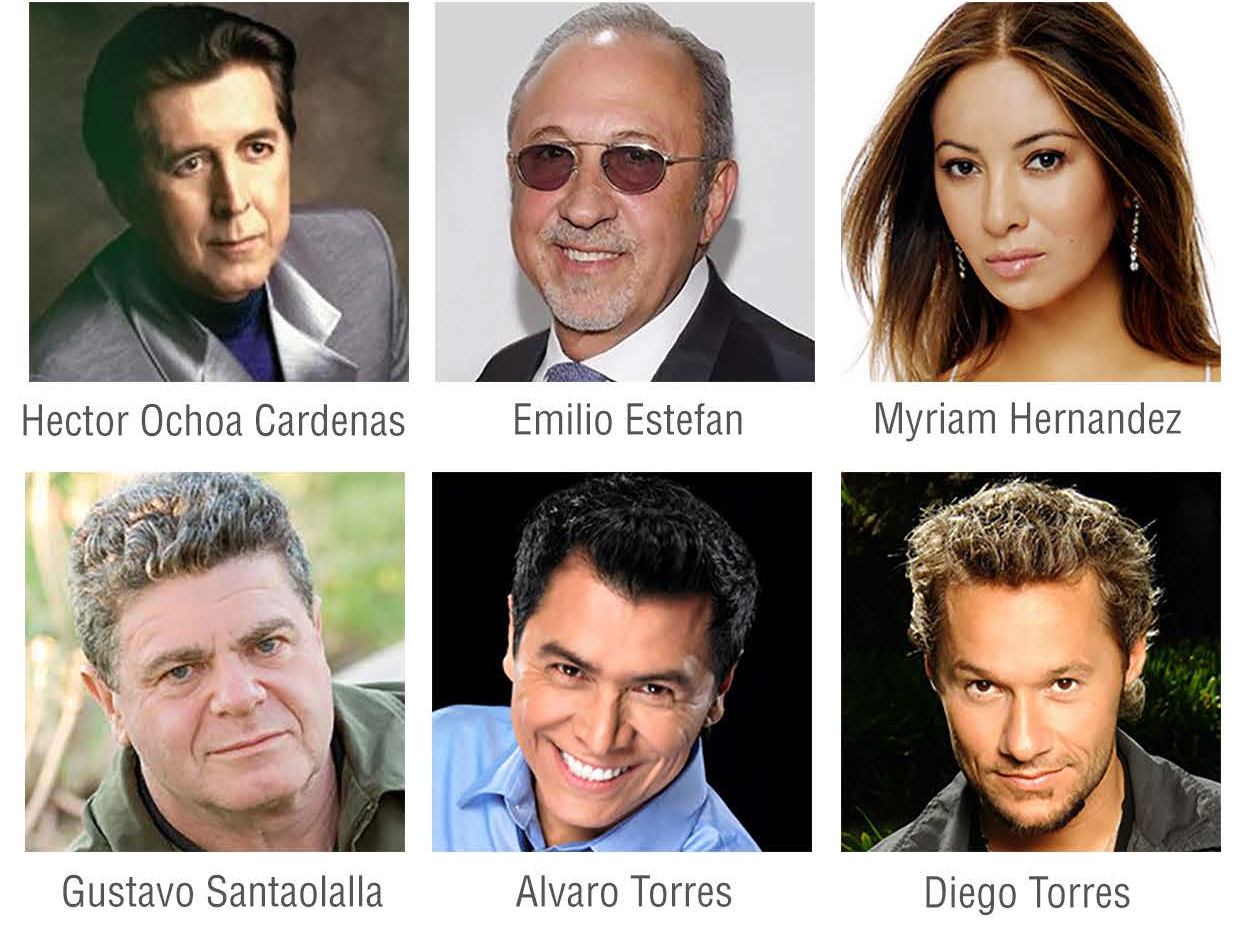 The non-profit organization recognizes six of the most influential Latin songwriters and composers of all time.

Originally from Antioquia, Hector Ochoa Cardenas is one of the most recognized Colombian songwriters throughout the world. His music career began with the band ¨El Trio De Oro¨ that became very successful in the local radio stations. In 1961 his song ¨Bendito Amor¨ recorded by the tenor Victor Hugo Ayala paved his path to become a Colombian songwriter icon. Local hits like ¨Mi Bella Medellín¨, ¨Muy Antioqueño¨, ¨Tu Lo Mejor De todo¨, ¨Pase Lo Que Pase¨, “Una Serenata Para Ti¨, ¨El Amor No Acaba¨ and ¨Después Que Me Olvide De Ti¨, are not only part of her unique lyrics but part of the Colombian music DNA. However, it was his song ¨El Camino De La Vida¨ the one that consolidated him as one of the best Colombian songwriters, selling over 2 million copies and selected as ¨the best Colombian song of the 20th century¨ with more than 40 versions recorded as of today. Ochoa Cardenas created the non-profit organization ¨Antioquia Le Canta A Colombia¨ that promotes Colombian music as well as local folk singers and songwriters.

EMILIO ESTEFAN (Cuba)
Emilio Estefan,19 time GRAMMY® Award-Winning Producer, Composer, Musician, who’s passion, unquestionable faith, and ability to keep alive his Latin roots in everything he does, have made Emilio’s vision a trademark, a unique sound and a symbol of credibility and prestige. Emilio has been instrumental in shaping, developing and directing the careers of his superstar wife, Gloria as well as Shakira, Ricky Martin, Marc Anthony, Jon Secada, Alejandro Fernandez, Thalia, Carlos Vives, and Jennifer López, among many others. His ability to connect with their talent, expression and creativity has been vital in establishing a musical presence second to none. He has written chart topping songs that have become international hits like; “Coming Out Of The Dark,”Con Los Años Que Me Quedan”,”No Llores”, “You’ll Be Mine (Party Time)”, “Somos El Mundo”, “El Ultimo Adios”, “Por Si Acaso No Regreso” (Celia Cruz), “Si Ya No Estas” (Ricky Martin), “Arrasando” (Thalia), “Da La Vuelta” (Marc Anthony), “Dame Otra Tequila” & “Mia” (Paulina Rubio), “Ay Bueno” & “Cuando El Tiempo Nos Castiga” (Jon Seceda),”In My Pocket “(Mandy Moore), “Maria Teresa” (Carlos VIves), “Nunca Me Arrepiento” & “Siento” (Alejandro Fernandez) and most recently composed “Siempre” the Spanish adaptation of the iconic classic “Somewhere” from West Side Story (Rita Moreno) and “No Hace Falta” (Il Volo).

MYRIAM HERNANDEZ (Chile)
Myriam Hernandez, a successful Chilean singer and songwriter, began her music career in the late 80’s when she released her homonymous first album, where she debuted as songwriter with the title “No Pienso Enamorarme Otra Vez”, and which got several gold and platinum albums and was among the Top 10 best-selling albums in Latin America. In 1989 Hernandez launched her second album, including her hit “Peligroso Amor”, which was Top 1 Latin Album for 18 consecutive weeks. In 1998, her fifth album “Todo El Amor” produced by Humberto Gatica, achieved an incredible success in all major Hispanic markets, including the US, where her hit “Huele A Peligro” by Armando Manzanero quickly climbed the chart of Billboard magazine as Top 1 Hot Latin track. Hernandez’s successful albums “+ y Más” (2001), “El Amor En Concierto” (2001), “Huellas” (2004), and “Enamorándome¨ (2007), have consolidated her as one of the most successful Latin artists in the industry. For all of the 12 successful albums of her solid music career, Myriam has written several of the titles and has also composed along well-known songwriters and producers such as Juan Carlos Calderon, Juan Carlos Duque, and Jaime Hernandez, among others.

GUSTAVO SANTAOLALLA (Argentina)
Santoalalla is one of the most recognized Argentine musician, songwriter, film composer and producer. He has won two Academy Awards in the Best Original Score category for the films “Brokeback Mountain” and “Babel”, in 2005 and 2006 respectively. He has recorded three successful albums as a solo artist where he wrote, composed and produced all the titles: ¨Santaolalla¨ (1981) which incorporated the eighties sound into rock for the first time in Argentina, ¨Gas¨ (1995) and ¨Ronroco¨ (1998) that includes the famous piece ¨Iguazu¨ used in several blockbusters and TV series. Santoalalla also played an important role in the development of the ¨rock en español¨ movement as a songwriter, composer and producer of major bands and singers such as: Café Tacuba, Molotov, Fobia, Julieta Venegas, Los Prisioneros, Jorge Drextler, Caifanes, Maldita Vecindad, Juanes, among others. In the late 90´s, Santaolalla started writing, composing and producing soundtracks for films like “Amores Perros”, “21 Grams” and “The Motorcycle Diaries” that consolidated him as one of the top international producers and songwriters of this music era.

DIEGO TORRES (Argentina)
Diego Torres is an Argentine singer, songwriter, musician and actor, three times winner of the Latin Grammy Award and with two nominations to the Grammy Award. Torres’ music career began in 1989 with the band “La Marca”, and in 1993 launched his first album “Diego Torres” which was rapidly rewarded 3 times platinum in Argentina. Later on, Torres’ album “Tratar De Estar Mejor”, where he co-wrote and composed almost all the songs, launched him to the international music scene receiving several gold and platinum albums all over Latin America. The albums “Luna Nueva” and “Tal Cual Es” followed, but it was his fourth album “Un Mundo Diferente” released in 2001, which consolidated Torres as one of the top Latin pop singers and songwriters, receiving a Grammy Award nomination and leading the Latin chart for twelve consecutive weeks with his song “Color Esperanza”, written and produced by him along with Coti Sorokin and Cachorro Lopez. In 2004 Torres recorded a MTV Unplugged CD and DVD followed by his successful albums “Andando” in 2006 and “Distinto” in 2010 where he has been involved also as songwriter, composer and producer.