Latin Songwriters Hall of Fame Honoring Olga Tañon, Among Others

By WebMasterApril 12, 2013Articles
No Comments 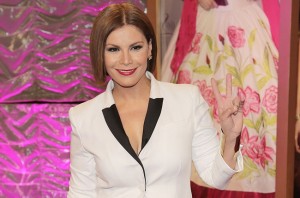 The Latin Songwriters Hall of Fame — in association with Billboard — will have its inaugural induction ceremony on April 23, and will honor some of the music industry’s most established names including Grammy-winning Olga Tañon who will receive special recognition for her career achievements.

Actor Carlos Ponce and actress/model Eglantina Zingg will host the ceremony and Gary Lindsay will be conducting the show’s orchestra.

The new organization, established as a non-profit, was founded by Desmond Child and Ruby Perez. The intent of the group is to “honor the world’s greatest Latin songwriters and their music in every genre.”