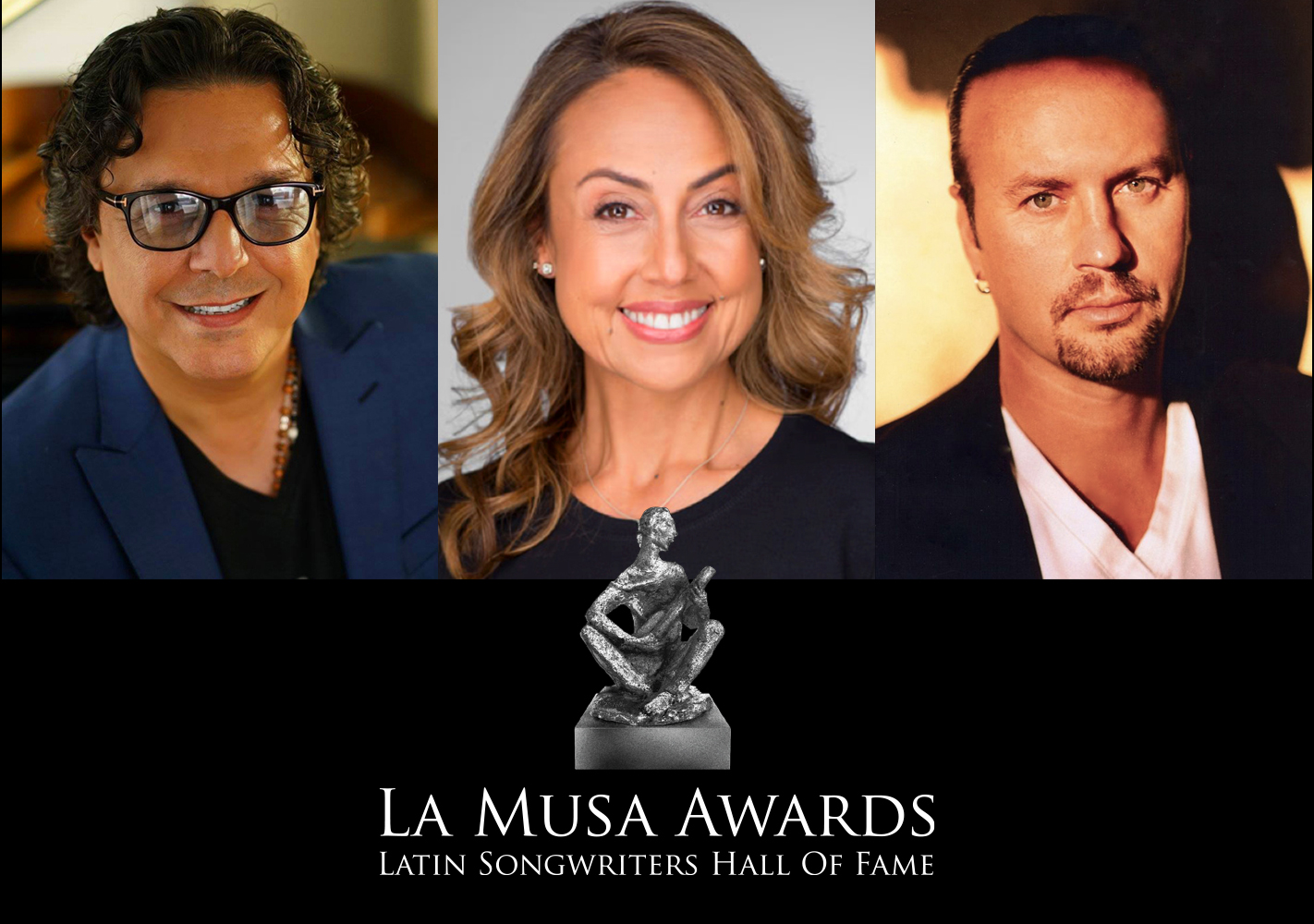 The re-alignment reflects the expansion of roles and responsibilities commensurate with the continuing growth of the Latin Songwriters Hall Of Fame (LSHOF) in membership, activities and status.

In accepting the Chairmanship, Rudy Perez noted: “As co-founders of the Latin Songwriters Hall Of Fame, Desmond and I have been working side by side since we joined forces and created the world’s first organization that truly honors and celebrates the lives and music of Latin music’s greatest songwriters and composers. After serving as Chairman/CEO since its inception, Desmond handed the reins over to me, agreeing that he would continue to work closely with me in the capacity of Chairman Emeritus and as Co-Executive Producer of the LA MUSA AWARDS.”

Desmond explained: “As co-founder of the Latin Songwriters Hall Of Fame and the LA MUSA AWARDS with Rudy Pérez, it has been a great honor and privilege to serve at his side as our first Chairman. I am especially grateful to our Executive Director, Betsy Pérez, who is the heart beat of our organization, and our extraordinary and passionate team of volunteers. There is so much to do to propel the Latin Songwriters Hall Of Fame into the future that I’ve decided to re-focus all of my energies towards helping to conceive and develop special projects such as the Latin Songwriters Hall Of Fame Museum – LA MUSA EXPERIENCE and international events to expand our global reach. Thankfully, Rudy agreed to step into the Chairman/CEO position as we continue to be close partners on all fronts.”

Rudy and Desmond applauded the appointment by the LSHOF Board of Delia Orjuela as the new President, pointing to the need for another qualified professional to lend her expertise and experience in the world of Latin music and events. They commented: “As President, Delia Orjuela is the ideal person to help take us to the next level since she has served for many years and continues to serve with distinction as BMI’s head of Latin Music. Delia is highly respected and admired by everyone in our community and we are thrilled and honored to have someone of her caliber and experience join us in our noble mission.”

The Latin Songwriters Hall Of Fame (El Salón De La Fama De Los Compositores Latinos) was co-founded by Rudy Pérez and Desmond Child with the mission of educating, preserving and celebrating the legacy of the world’s greatest Latin songwriters and their music and encouraging the development of future generations of songwriters. In addition to its workshops, showcases and scholarships, the LSHOF established in 2013 its annual Induction and Awards Ceremony (La Musa Awards) to honor the achievements and songs of Latin music greats (including creators from every part of South America, Brazil and Spain) and has inducted to date some of the greatest names in Latin music.

Rudy Pérez is a Grammy-award winning international songwriter, producer, arranger, entrepreneur and philanthropist. He has composed over 1,000 songs, 300 of which have become #1 or top ten hits. He has written and produced songs for a variety of artists including Beyonce, Julio Iglesias, Christina Aguilera, IL Divo, Natalie Cole, Michael Bolton, Luis Miguel, Jose Feliciano, Marc Anthony, Cyndi Lauper, Juan Gabriel, Arturo Sandoval, and Andrea Bocelli among many more. Rudy Pérez also has vast experience in music composition and production for commercials, TV, and film with numerous credits in each.

His philanthropic activities in addition to his role as Chairman and Co-Founder of the Latin Songwriters Hall of Fame also include founding The ASCAP Foundation Rudy Perez Songwriting Scholarship. He is also one of the Founders of the Latin Academy of Recording Arts and Sciences, The Latin Grammys (LARAS). He currently sits on the ASCAP Board as a Writer Member.

Pérez is the first Latin record producer to win the Billboard Hot Latin Tracks Producer of the Year for four consecutive years. In 2010 Billboard Magazine named him “Producer of The Decade” for having more #1 and Top Ten Hits chart in that period, more than any other Latin producer in their history. Pérez has also been awarded ASCAP’s Latin Songwriter of The Year five times. Industry leaders call him “the producer and songwriter with the Midas touch” with a versatility capable of successfully handling a variety of music genres.

Delia Orjuela is Vice President of Latin Music within Broadcast Music, Inc.’s Creative department. In this role, Orjuela is responsible for recruiting new songwriters and publishers, assisting writers and publishers with administration needs and serving as a liaison between the Latin music community and music industry at large. She joined BMI in 1997 as Regional Manager, Latin Music, and later rose to Associate Director, Director, Senior Director and then to Assistant Vice President, before taking over leadership of the department in 2006.

During her spare time, Orjuela is involved with the Latin outreach on behalf of St. Jude Children’s Hospital, she currently sits on the Los Angeles Board for Education through Music, and most recently was named President of the Latin Songwriters Hall of Fame.

Grammy winning and Emmy nominated songwriter-producer Desmond Child is one of music’s most accomplished hitmakers. He is also a film and television producer, recording artist, performer, author and motivational speaker. His credits appear on more than eighty Billboard Top 40 singles spanning five decades, including “Livin’ On A Prayer,” “You Give Love A Bad Name,” “I Was Made For Lovin’ You,” “Dude Looks Like A Lady,” “Livin’ La Vida Loca,” “Waking Up In Vegas.” and many more. From Aerosmith to Zedd, his genre-defying collaborations include Bon Jovi, KISS, Cher, Joan Jett, Michael Bolton, Cyndi Lauper, Ricky Martin, Katy Perry, Kelly Clarkson, Carrie Underwood, Garth Brooks, Meat Loaf, Christina Aguilera, Sia, Mickey Mouse and Kermit the Frog, selling over 500 million records worldwide with downloads, YouTube views and streaming plays in the billions. Desmond Child was inducted into the Songwriters Hall of Fame and serves on its Board of Directors as well as the Board of ASCAP. In 2018, he received ASCAP’s prestigious Founders Award celebrating 40 years as a proud member of ASCAP. He also co-founded the Latin Songwriters Hall Of Fame (LatinSongHall.org) where he serves as Chairman Emeritus. Child has recently completed his upcoming autobiography LIVIN’ ON A PRAYER: BIG SONGS BIG LIFE with David Ritz. He also wrote and co-produced “LADY LIBERTY” on Barbra Streisand’s new album “WALLS.”