By WebMasterOctober 20, 2017Articles
No Comments 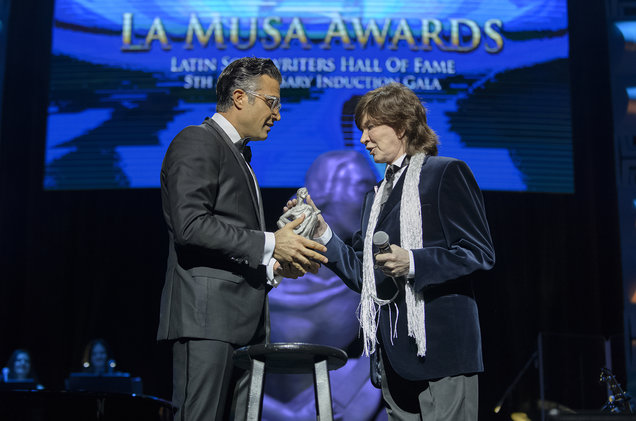 Additionally, Vives was presented with the Icon Award, while Wisin, the late Julio Jaramillo and “La Bamba” garnered the Victory Award, Legacy Award and Song of All Time, respectively.

Amid a political climate currently riddled with anti-immigrant rhetoric, as well as the devastating aftermaths of hurricanes Irma and Maria throughout the Caribbean, Urieta offered words and sentiments in support of immigrants, while Ednita Nazario performed a brilliant tribute to the island of Puerto Rico.

The Latin Songwriters Hall of Fame is dedicated to educating, preserving, honoring and celebrating “the lives and music of the world’s greatest Latin songwriters, composers and lyricists in every genre while developing and inspiring new generations of music creators through master classes, workshops, scholarships and digital initiatives.”