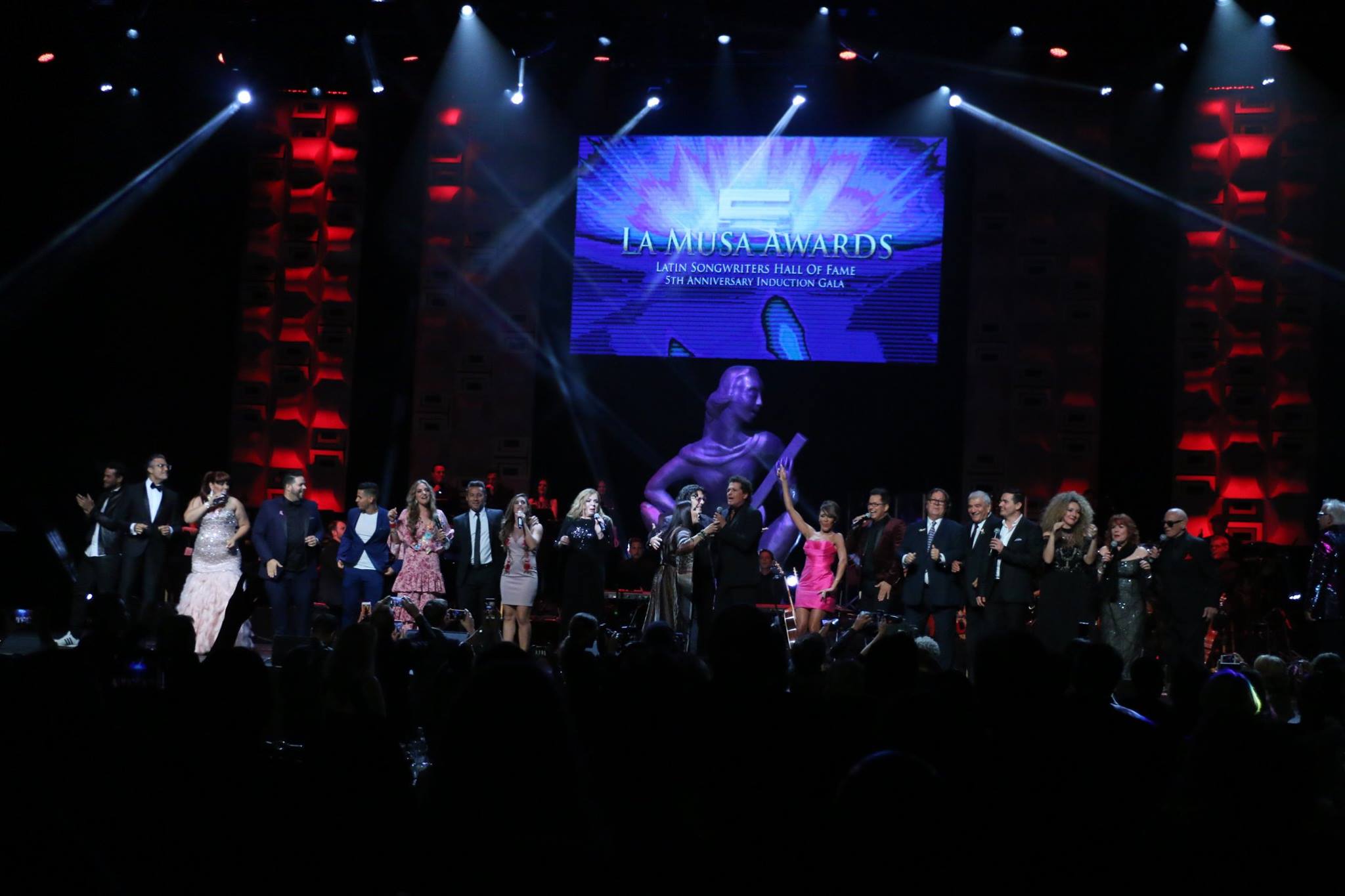 The LATIN SONGWRITERS HALL OF FAME LA MUSA AWARDS 2017 ceremony made music history with unforgettable moments and music tributes: Draco Rosa and Diego Torres captured the audience with their electric rock dedication to Gustavo Cerati. After his induction, Roberto Livi brought the house down when he paused his set and asked Ana Gabriel up to the stage to sing with Vicky Carr, in their first live encounter in many years.

No less moving was Martin Urieta’s words and sentiment for immigrants. Ednita Nazario offered a riveting and heart gripping musical tribute to Puerto Rico, and Carlos Vives gave the audience an additional exclusive musical gift with an acapella tune that made the audience ask for more.

The late and great Julio Jaramillo received the “Legacy Award” and Gustavo Cerati the “Posthumous Award.”

Acclaimed singer Camilo Sesto, performed the international hit, “Vivir asi es morir de amor,” Erika Ender received an additional recognition from iHeartRadio’s Enrique Santos for Song of the Year “Despacito;” and the night closed with a grand finale of the Song of All Times, “La Bamba.”
The evening included additional performances and the participation of many entertainment luminaries like: Kany Garcia, Carlos Rivera, Alejandro Jaen, Jon Secada, Fernando Varela, Maisy Kay, among others.

The 2017 Latin Songwriters Hall of Fame LA MUSA AWARD ceremony was a special evening. Amidst one of the worst seasons of natural disasters causing catastrophic loss of life in Mexico, the Southern Coast of the United States, Puerto Rico, and the Caribbean, Latin stars reminded audiences that songwriting and music are important and as relevant as ever.