By WebMasterOctober 9, 2014Press Releases
No Comments 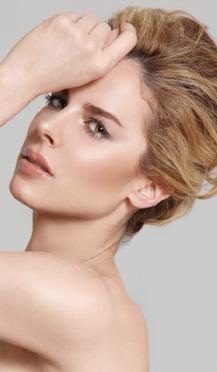 “Eglantina Zingg is a consummate entertainer and an inspiring symbol of Latina power in America and the rest of the world. She is a star in her own right and no one could be more perfect to preside over LA MUSA AWARDS,” said Child and Pérez in a joint statement. “We are thrilled that Eglantina will return again this year to be our host. She has the style, elegance and charisma to bring a high tone to this historic event and all the fun.”

Zingg, who hosted last year’s LA MUSA AWARDS with actor/singer Carlos Ponce, is the founder of Project Peace Latin America, which helps to empower children. Most recently, on Sept 21, Peace Day, she continued her efforts with the children of San Pedro de Macorís in the Dominican Republic.

LA MUSA AWARDS™ hosted by Eglantina Zingg will be held on October 18, 2014 at the Ritz-Carlton South Beach in Miami Beach. Tickets for the event are
available at https://www.latinsonghall.com/ the webpage for LSHOF.