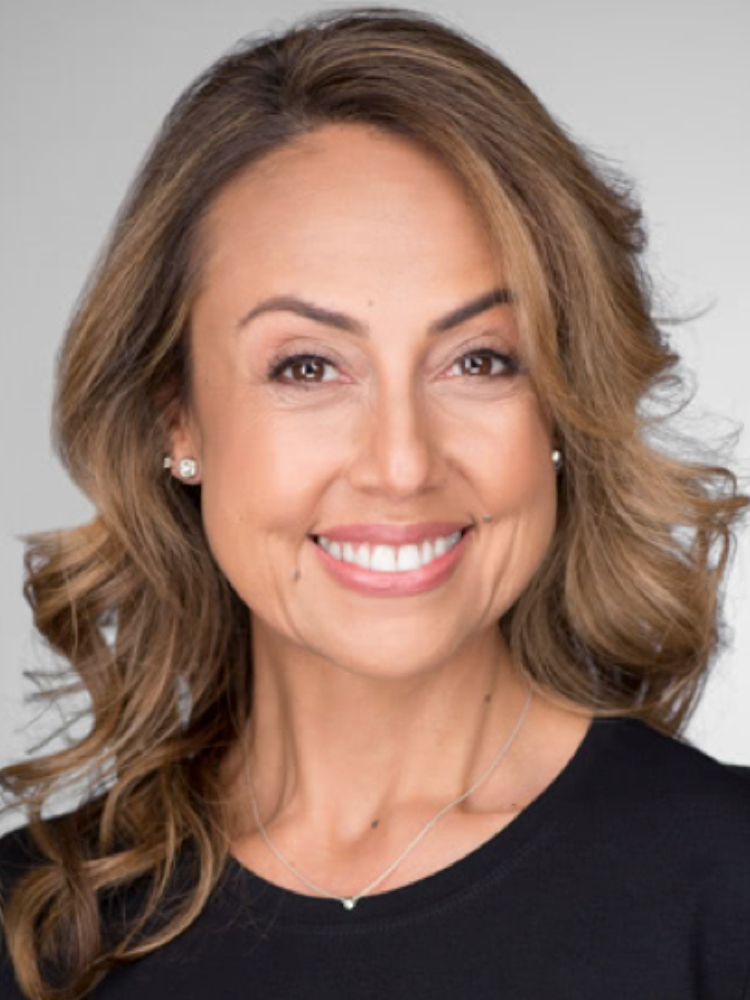 Delia Orjuela is Vice President of Latin Music within Broadcast Music, Inc.’s Creative department. In this role, Orjuela is responsible for recruiting new songwriters and publishers, assisting writers and publishers with administration needs and serving as a liaison between the Latin music community and music industry at large. She joined BMI in 1997 as Regional Manager, Latin Music, and later rose to Associate Director, Director, Senior Director and then to Assistant Vice President, before taking over leadership of the department in 2006.——- Prior to joining BMI, Orjuela was the West Coast Publicity Director and Promotions Representative at RMM Records in Los Angeles. Previously, she was a Freelance Field Producer for CNN Spanish, a Freelance Production Assistant at Turner Entertainment Report and an on-air Entertainment Reporter for KBRG 104.9 FM in San Jose.

During her spare time, Orjuela is involved with the Latin outreach on behalf of St. Jude Children’s Hospital, she currently sits on the Los Angeles Board for Education through Music, and most recently was named President of the Latin Songwriters Hall of Fame. 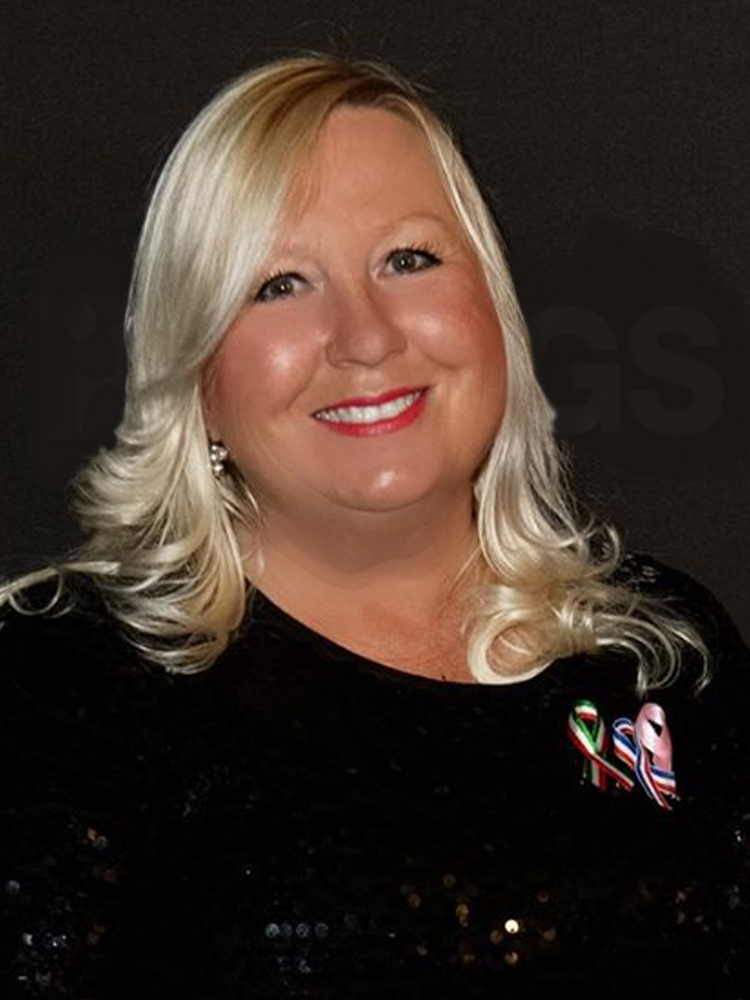 Betsy Peréz worked hand-in-hand with her husband Rudy Perez as he helped co-found the organization. She’s also a licensed Real Estate Agent specializing in South Florida Luxury Real Estate. She was born in Philadelphia Pennsylvania and moved to Miami Beach to work in the cruise and hospitality industry.

After working as a legal secretary at a law firm in Philadelphia in 1982 her love for travel brought her to Miami Beach where she received top honors at her tourism & travel school. From there she immediately went to work for Norwegian Cruise Lines as their Air Sea Agent and Cruise Passenger Liaison. It was there that she gained her unique and harmonious ability to work with international clients. Betsy has a strong command of the Spanish Language and enjoys working with her husband running his Publishing and Production Companies.

She currently serves on the Board of Directors of the Animal Welfare Society of South Florida and is an active member of the North Beach Development Corporation, The Mayors North Beach Steering Committee, as well as serving on many City of Miami Beach Revitalization Committees.

Her passion for her community and the entertainment industry as well as her commitment to making sure that the Latin Songwriters Hall of Fame fulfills it’s mission to honor the legends of Latin Music makes her an excellent Executive Director for the organization. 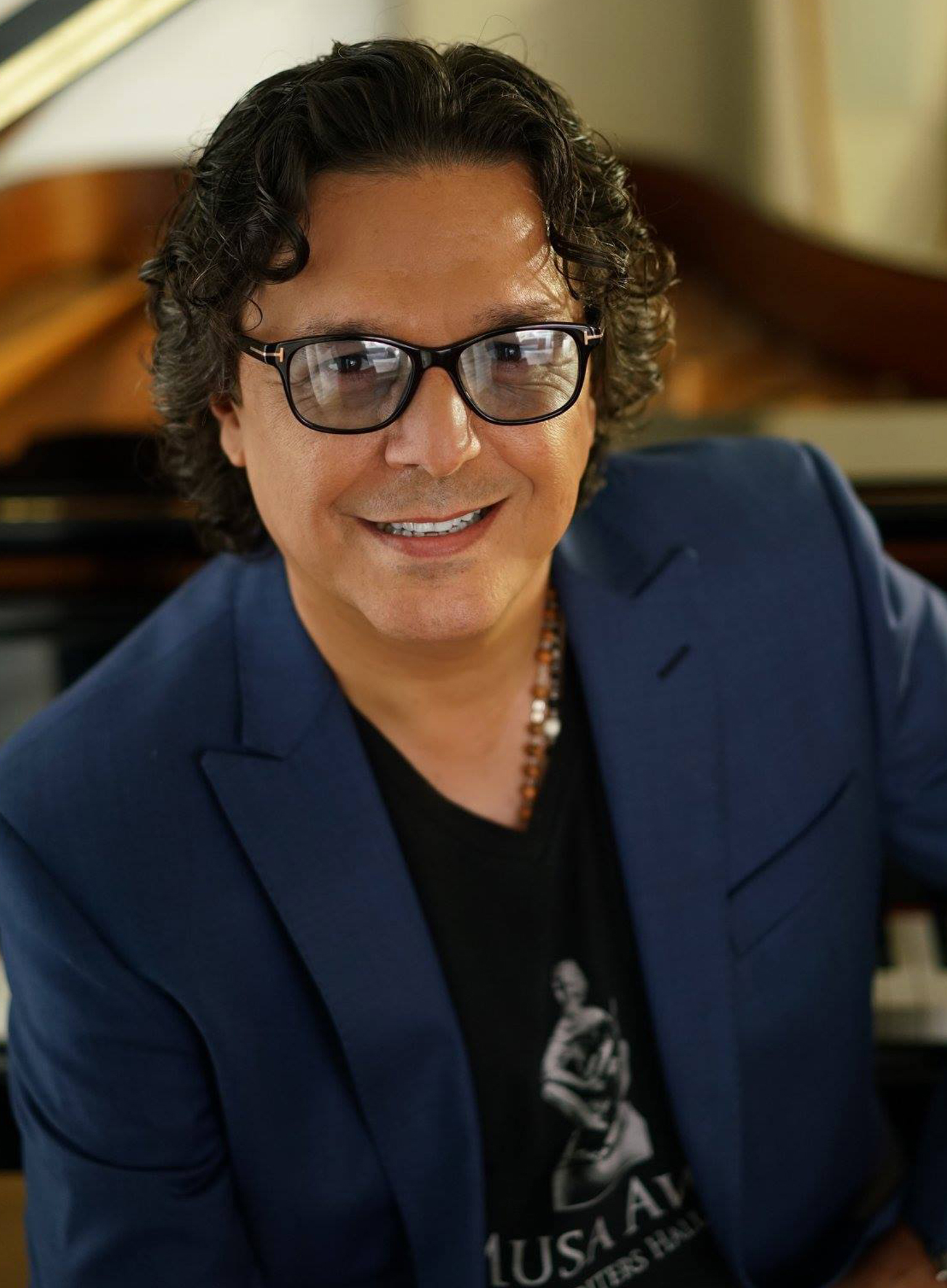 Rudy Peréz, International Songwriter, Producer. During the last 30 years, he has composed over 1,000 songs with over 300 of them having been #1 or top ten hits. He has written and produced tracks for artists including Beyonce, Julio Iglesias, Christina Aguilera, IL Divo, Michael Bolton, Luis Miguel, Jose Feliciano, Marc Anthony, Jon Secada, Cyndi Lauper, Roberto Carlos, Los Temerarios, Juan Gabriel, Alejandro Fernandez, Marco Antonio Solis, Luis Fonsi and Natalie Cole among many others. He is the first Latin record producer to win the Billboard Hot Latin Tracks Producer of the Year for four consecutive years. Perez has also been awarded ASCAP’s Songwriter of The Year 5 times. In 2010 Billboard Magazine named Rudy “Producer of The Decade” for having more # 1 and Top Ten Hits chart from 2000 to 2010, more than any other Latin Producer in their history. Perez has received over 400 gold and platinum album awards, and his works have been nominated for 19 Grammy Awards, with five wins.

Grammy winning and Emmy nominated songwriter-producer Desmond Child is one of music’s most accomplished hitmakers. He is also a film and television producer, recording artist, performer, author and motivational speaker. His credits appear on more than eighty Billboard Top 40 singles spanning five decades, including “Livin’ On A Prayer,” “You Give Love A Bad Name,” “I Was Made For Lovin’ You,” “Dude Looks Like A Lady,” “Livin’ La Vida Loca,” “Waking Up In Vegas.” and many more. From Aerosmith to Zedd, his genre-defying collaborations include Bon Jovi, KISS, Cher, Joan Jett, Michael Bolton, Cyndi Lauper, Ricky Martin, Katy Perry, Kelly Clarkson, Carrie Underwood, Garth Brooks, Meat Loaf, Christina Aguilera, Sia, Mickey Mouse and Kermit the Frog, selling over 500 million records worldwide with downloads, YouTube views and streaming plays in the billions. Desmond Child was inducted into the Songwriters Hall of Fame and serves on its Board of Directors as well as the Board of ASCAP. In 2018, he received ASCAP’s prestigious Founders Award celebrating 40 years as a proud member of ASCAP. He also co-founded the Latin Songwriters Hall Of Fame (LatinSongHall.org) where he serves as Chairman Emeritus. Child has recently completed his upcoming autobiography LIVIN’ ON A PRAYER: BIG SONGS BIG LIFE with David Ritz. He also wrote and co-produced “LADY LIBERTY” on Barbra Streisand’s new album “WALLS.”
www.DesmondChild.com

Donate To The Latin Songwriters Hall of Fame Donate Now